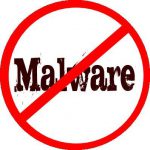 Later this year, Microsoft will have to pitch Windows 10 to a public that was overwhelmingly apathetic to its previous OS offering of Windows 8. Offering a free upgrade to Windows 10 is a huge selling point, but it may not be the only card Windows 10 has to play. According to Tim Rains the chief security advisor for Microsoft Worldwide Cybersecurity & Data Protection, the latest versions of Windows see lower malware infection rates.

Last week Microsoft’s Cyber-security & Data Protection Unit released the latest volume of their Microsoft Security Intelligence Report. The new report is intended to show the level of mitigation that Windows has versus modern malware attacks.

The most recent report parallels the idea that newer versions of Windows are fairing much better against attacks than older versions. The report details infection rates for both Windows client and server operating systems in the third and fourth quarters of 2014. The data collected is from hundreds of millions of systems worldwide running either operating systems. The sample operating systems range from Windows Vista (with Service Pack 2) to Windows 8.1. We can also assume that, barring some catastrophe, Windows 10 will improve upon this trend. The latest versions of both Windows client and server operating systems had the lowest malware infection rates during the period being polled, “by a large margin,” according to Rains.

In and of itself, the report would seem like common sense. Newer should be better. However, for a company who’s association with malware is practically synopsis with its name, polishing the brand name behind reports like this is very beneficial. This report is especially useful for frightful IT Pros determined to squat on their more recent Windows 7 upgrade.

“Some of the CISOs and IT professionals I talk to use this operating system infection rate data to help make a business case for upgrading to newer, more secure software or deploying more secure service packs for their current platforms. As you can see from the latest data, newer is better across the board.”  Rains said.

This report and others like it are yet another selling point Microsoft can use to pitch the benefits of upgrading to Windows 10 to consumers. Beyond a free upgrade, users can identify and quantify with the idea of ‘better malware protection’ on their systems. Perhaps Windows will never ascend to the myth of “it just works”, but “it works well enough” isn’t something the operating system can afford to turn its nose up at right now.